Basketball is a sport riddled with injuries. For every big name you can think of, you may also remember the injuries they’ve dealt with. Kobe’s and Durant’s achilles, Derrick Rose’s knee, Paul George’s and Shaun Livingston’s shins, and more. For the vast majority of them, jumping or exploding off the dribble is the reason.

Basketball is a High Risk Sport

You’re constantly jumping to grab rebounds, throw jump shots or lay-ups, or guard an opponent’s shot. The higher you jump, the better in most cases. And it’s not even the take-off that most people injure themselves with, it’s the landing. Players run into the problem of not always being able to predict how they land, and justifiably so. Just think about how many things can go wrong. You can be bumped mid-air. A player’s foot might be where you’re about to land. Or even worse, you might not be landing feet first. A player must always keep in mind how to prevent injury. This is not meant to scare anyone from playing the beautiful game of basketball. It’s only to highlight what an anomaly LeBron James is. He’s a 6’8” Guard/Forward who has played in the NBA for 16 seasons. He’s made the playoffs 14 of those 16 seasons in the league. Of all the legends in the NBA, he’s the only one who’s surpassed 10,000 total playoff minutes. On top of that, he’s an all-time great in terms of his utility on the court. As someone who can rebound, pass, and score the ball from virtually anywhere, there’s a reason why he’s been named league MVP on multiple occasions.

So what’s his secret? LeBron Invests in his Health

His teammates and colleagues all say the same thing – LeBron takes care of his body, period. A report from CBS Cleveland in 2016 reported that LeBron spends about $1.5 million per year to maintain his health. However, he’s probably at $2 million per year in 2020 to be on the safe side. His business partner Maverick Carter says he has 2 personal trainers he takes with him everywhere. Gym equipment at his team’s facilities has been replicated in his own home gyms. Chefs, nutritionists, sleep scientists, massage therapists, and physiotherapists are all part of his elaborate team of health experts. Everything equips him with the right injury prevention exercises and diet.

On top of all that, he does just about everything training-wise to optimize his health and performance. His regiment includes spin-classes, pilates, core and low back stability exercises, yoga, weight training, jump rope variations, and more. His trainers spend a great deal of time crafting all the specifics of his strength and condition. It must address the physical nature of the game including all the potential punishment he needs to absorb on route to the basket.

So what’s the takeaway?

Your Health is Your Wealth

If you invest in your health, your health will invest in you. It should come as no surprise that LeBron’s team (the Los Angeles Laker) is the favourite to win the NBA championship this season in his 17th year in the league. Many can argue that he can compete in his 40’s. He’s made it clear that he wants to be in the NBA when his son Bronny James makes it to the league. Is there really any doubt at this point that he can do it? He’s clearly learned how to prevent injury when it matters the most. It might be worth looking into injury prevention exercises for yourself if you’re an aspiring basketball player. 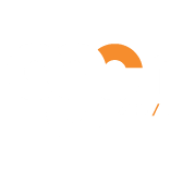 How to Heal Plantar Fasciitis Quickly – It’s in the Shoes

What Causes Lower Back Pain? I’m Blaming the Toilet